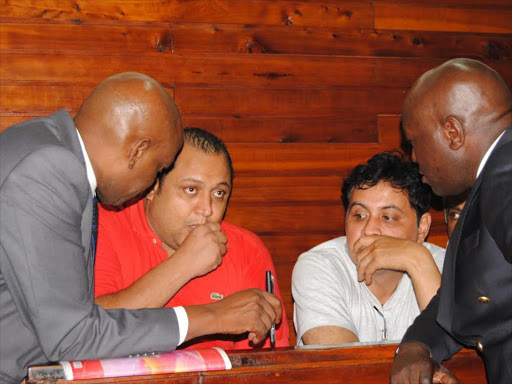 Its end of an era for Akasha Organization after the US sentenced Ibrahim Akasha to 23 years in prison on Friday.

Initially, the sentencing was scheduled for early November last year, before being moved to December 6 and pushed again to January 10.

Ibrahim had stayed in New York holding cells for three years awaiting the verdict after headline-grabbing extradition to the US from Mombasa on January 2017.

In October 2018, Ibrahim and his elder brother Baktash pleaded guilty in Manhattan federal court to conspiring to import and importing heroin and methamphetamine, conspiring to use and carry machineguns and destructive devices in connection with their drug-trafficking crimes, and obstructing justice by paying bribes to Kenyan officials in an effort to avoid being extradited to the United States.

The sentencing of the two marks the end to the decades-long reign of East Africa’s largest and most violent drug trafficking organization transporting the narcotics through elaborate land and sea channels.

A US court termed the two as ‘a leader and deputy of a sophisticated international drug trafficking network, responsible for tons of narcotics shipments throughout the world.’

The two had made a name for themselves by trading copious amounts of cocaine and heroin in Mombasa and killing would-be competitors and detractors of the trade.

Their ruthless tactics ensured a steady flow of the narcotics in Kenya while engaging in brazen bribery of government officials to remain comfortable in the country.